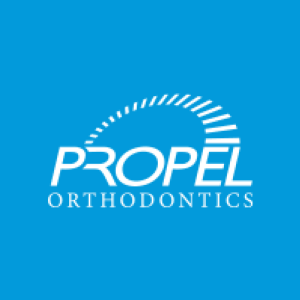 Differential Efficacy of 2 Vibrating Orthodontic Devices to Alter the Cellular Response in Osteoblasts, Fibroblasts, and Osteoclasts

Introduction: Modalities that increase the rate of tooth movement have received considerable attention, but direct comparisons between devices are rare.

Methods: Here, we contrasted 2 mechanical vibratory devices designed to directly transfer vibrations into alveolar bone as a means to influence bone remodeling. To this end, 3 cells types intimately involved in modulating tooth movements—osteoblasts, periodontal ligament fibroblasts, and osteoclasts—were subjected to in vitro vibrations at bout durations prescribed by the manufacturers.

Results: As quantified by an accelerometer, vibration frequency and peak accelerations were 400% and 70% greater in the VPro5 (Propel Orthodontics) than in the AcceleDent (OrthoAccel Technologies) device. Both devices caused increased cell proliferation and gene expression in osteoblasts and fibroblasts, but the response to VPro5 treatment was greater than for the AcceleDent. In contrast, the ability to increase osteoclast activity was device independent. These data present an important first step in determining how specific cell types important for facilitating tooth movement respond to different vibration profiles.

Conclusion: The device that engendered a higher vibration frequency and larger acceleration (VPro5) was superior in stimulating osteoblast and fibroblast cell proliferation/gene expression, although the duration of each treatment bout was 75% shorter than for the AcceleDent